The legal maelstrom surrounding cannabinoids has recently intensified due to the growing popularity of Delta 8 THC. Hemp and marijuana plants contain over 110 of these compounds, but none are explicitly federally legal. So instead, residents of each state must check their local laws to see what the situation is with CBD and THC.

The THC most of us are familiar with is delta 9 THC. It is abundant in the marijuana plant and causes an intoxicating high. The rules surrounding it are relatively straightforward by the standards of cannabinoid laws. Conversely, the CBD industry continues to have issues with utterly confusing rules that seem to contradict one another, even on a local level.

However, if you thought the cannabidiol legal mess was the height of complexity, you’re sorely mistaken! Delta 8 is another intoxicating cannabinoid that is causing controversy and confusion across the United States.

Even in places where cannabis is recreationally legal, delta 8 is potentially outlawed. At WayofLeaf, we continue to create state-by-state guides on D8 to keep you up to date with ever-changing laws. Today, it is the turn of Colorado.

Delta 8 THC in Colorado: Is It Legal?

The simple answer is ‘NO.’ Incredibly, in a state where recreational cannabis is now permitted, delta 8 THC is not! Indeed, manufacturers are not even allowed to extract D8 from industrial hemp.

It is a huge blow to delta 8 manufacturers in Colorado. Naturally, they assumed that because delta 9 from cannabis is legal, D8 from hemp was too. However, the state’s health department moved to ban the cannabinoid in May 2021.

According to the Colorado Health Department:

“Chemically modifying or converting any naturally occurring cannabinoids from industrial hemp is non-compliant with the statutory definition of “industrial hemp product.”

The state’s Marijuana Enforcement Division (MED) notified dispensaries of the decision. As a result, companies are not allowed to sell hemp-derived delta 8 THC.

Why Is Delta 8 THC Illegal in Colorado?

Ostensibly, the state made the decision based on health grounds. The MED said there wasn’t enough evidence available to decide whether any toxic substance is produced during the chemical modification of naturally occurring cannabinoids from hemp. The Division is concerned that customers who consume D8 products might get exposed to harmful contaminants.

Delta 8 THC Colorado: This State Law is Not for Changing

The fact that tighter laws were on their way regarding delta 8 in Colorado was expected. Licensed cannabis sellers are still allowed to sell CBD and other natural cannabinoids if directly extracted from hemp. However, they can’t do it with synthetic products or if the producer uses a chemical process.

The thing is, the United States Controlled Substances Act does not explicitly outlaw D8. However, the Drug Enforcement Administration (DEA) says that delta 8 THC made from hemp CBD IS a controlled substance since it isn’t a natural extract. 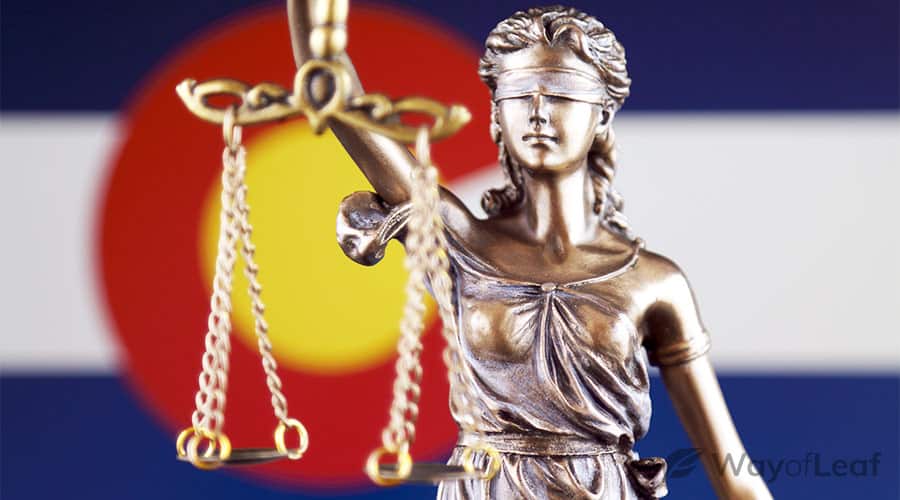 Therefore, the ban on delta 8 was always likely to happen because there is such a small amount of it in hemp and cannabis. Extracting it requires special equipment and a chemical process that’s outlawed. Analysts have predicted the new tighter regulation by the DEA and individual states.

As a result, don’t expect Colorado to change its new laws banning D8 any time soon. In theory, if cannabis breeders can create high-delta 8 strains, the cannabinoid could make a return to the market. However, in practice, this seems highly unlikely. Also, Colorado is only following many other states’ footsteps in banning or prohibiting delta 8.

The Net Is Closing on Delta 8 Nationwide

Colorado regulators announcing that hemp-derived THC isomers such as delta 8 (and delta 10) in foods, drinks, and dietary supplements are illegal is the latest blow for D8 sellers in America.

According to David Threlfall, a CBD seller in Colorado, it was always likely that delta 8 was heading for a ban. He said that because the cannabinoid causes an intoxicating high, it was only a matter of time before the government began regulating it.

At the time of writing, 16 states have implemented measures to ban or restrict delta 8 production and sale.

This situation is playing out across the United States. At the time of writing, 16 states have implemented measures to ban or restrict delta 8 production and sale. Another six are contemplating such action. Here’s a quick overview of the rules against delta 8 in a handful of select states:

Illinois: Bob Morgan, a Democratic member of the state’s House of Representatives, sponsored a bill regulating D8 and other products. He referred to such items as a ‘public health disaster.’

Kentucky: The state’s agriculture department emphasized that D8 is a controlled narcotic. Distributing products containing the cannabinoid in the state could result in your expulsion from the Hemp Licensing program in Kentucky. It could also result in prosecution.

Vermont: The state’s Agency of Agriculture, Farms, and Markets told hemp growers that delta 8 products are illegal in Vermont.

Washington: The Washington Liquor and Cannabis Board announced that lab-created hemp products were temporarily illegal in the state.

DEA Rules About Delta 8 in Colorado

Perhaps one of the most confusing aspects of the whole situation is that delta 8 isn’t technically federally illegal. In theory, you CAN extract it from hemp as long as the plant contains no more than 0.3% delta 9 THC.

At least, that’s the argument of delta 8 and delta 10 sellers. They claim that the 2018 Farm Bill legalized hemp extracts, so their products are federally legal. However, the DEA says that D8 is a controlled substance because it is manufactured from hemp-derived CBD and NOT taken directly from the plant.

As we speak, there are legal challenges against the DEA’s latest utterances. A South Carolina hemp manufacturer and the Hemp Industries Association are challenging the DEA’s rule in Washington, D.C.

Related article
Will Delta-8 THC Get You High?

Know what to expect …

It is also worth mentioning the DEA’s Interim Final Rule (IFR), issued in August 2020. The IFR said that all synthetically derived THCs were controlled substances. However, naturally occurring THCs in hemp are not.

It seems confusing but let’s clear it up in a single sentence. Delta 8 THC is federally illegal if it comes from hemp-derived CBD and NOT straight from the hemp plant. That is the DEA’s official stance. The upcoming court cases will probably do nothing to change that fact.

However, are the DEA and different states making the right decision?

The lack of regulation in any market is a concern. With little oversight, companies can produce low-quality, harmful products. Unfortunately, it seems the delta 8 market, like the CBD industry before it, faces this problem.

Sales of delta 8 THC have more than doubled in the last year. Products such as tinctures, gummies, and vape pens are available online, in dedicated shops, convenience stores, and gas stations. Unfortunately, creating delta 8 is relatively easy. All you need is a mix of CBD and pool chemicals, household vinegar, or battery acid.

The prospect of any of the above being used in the D8 you consume is terrifying. However, with a lack of regulation, this is precisely what’s happening. According to a director of a poison center in Virginia, his facility has seen several people hospitalized after using low-grade delta 8 products. 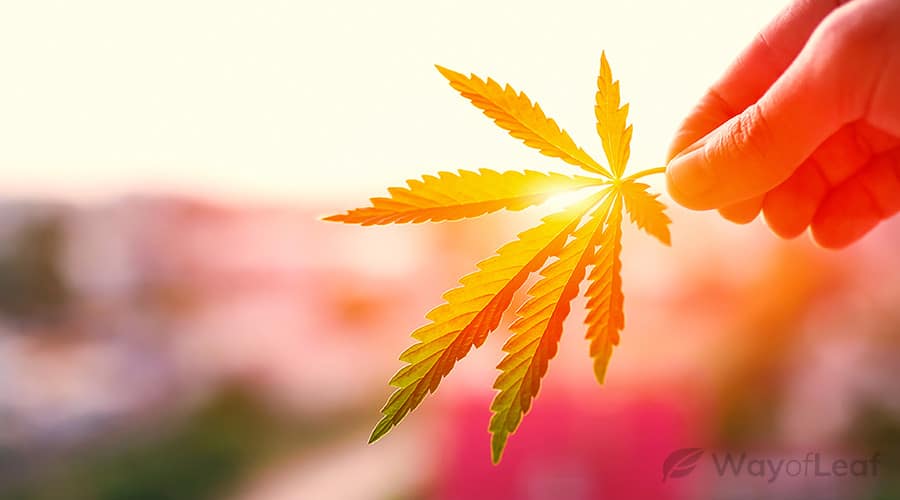 The United States Cannabis Council recently tested 16 D8 products from different sellers across the country. They found that all but one contained a higher than the permitted level of THC. On average, these products contained 10 times the legal THC limit! Almost half of the samples also exceeded the legal limits of nickel, chromium, and copper.

Guido Verbeck is a professor at the University of North Texas. He co-authored a paper on delta 8 creation methods. He said that even high-quality acids could leave behind harmful chlorine or sulfate compounds. Verbeck also pointed out that you could create delta 8 using acid and CBD in an hour.

Therefore, if you plan to buy Delta 8 THC, please make sure you purchase from a well-known brand. Choose a company like Premium Jane, which offers third-party lab tests with every batch.

Final Thoughts on Delta 8 in Colorado

Ultimately, Delta 8 THC is illegal in Colorado, and it is unlikely to change. A growing number of states are cracking down on the sale of this intoxicating cannabinoid. The main reason is due to the unregulated nature of the market. In addition, there are grave concerns over the standard of D8 products available, some of which have caused hospitalizations.

Technically speaking, Delta 8 isn’t yet federally illegal, though that is set to change. You can extract it directly from hemp, but NOT from hemp-derived CBD. That’s because taking it from CBD involves using a chemical process, which is illegal, according to the DEA.

Related article
Does Delta-8 THC Appear in a Drug Test?

Where to Buy Delta 8: A Comprehensive Guide

How to find the best products

What Are the Best Delta-8 Tinctures & Oils on the Market?

The most reliable brands

9 min read
Join The Discussion
TOC
Premium
Your subscription has ended
If you love cannabis and want to support our site, join WayofLeaf Premium today and unlock
Best of all, part of your membership fee will go towards supporting the fight to legalize cannabis.
Sign Up for WoL Premium
Not now
I already have an account
×
Log in to Your Premium Account