Delta 8 and delta 10 THC are two novel cannabinoids taking the market by storm. They are isomers of delta 9 THC, the primary intoxicating compound in cannabis.

This means they are chemically similar but have very slight structural differences. Therefore, they affect the body and brain much like delta 9 but tend to have milder effects.

So, what’s the difference between delta 8 and delta 10, and is one better than the other? Let’s find out.

What Is Delta 8 THC?

Delta 8 THC is a cannabinoid, one of the many active compounds in cannabis and hemp. Other examples of cannabinoids include delta 9 THC, CBD, CBN, and CBG, to name a few.

Delta 8 is a double bond isomer of delta 9 THC. This means that its molecular structure differs in the position of a double bond between two carbon atoms. This small difference significantly alters how the compound binds with receptors in the body, and delta 8 produces less potent effects than delta 9. 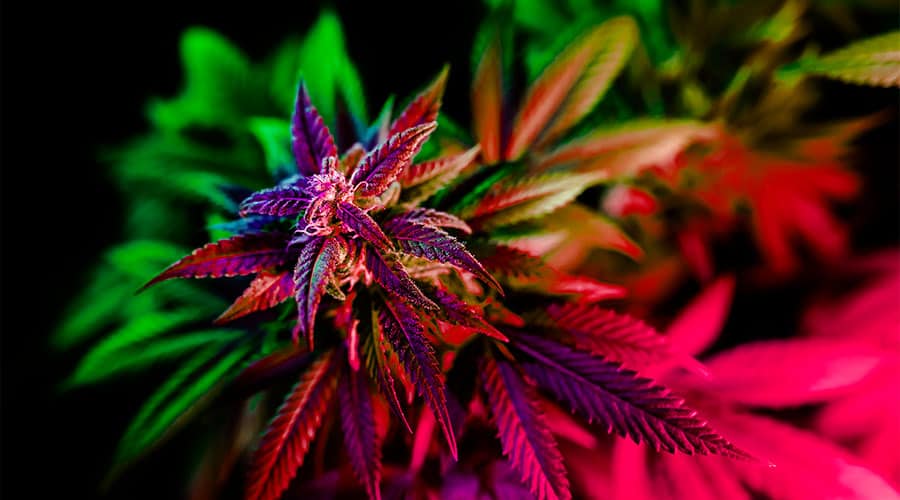 As a milder form of THC, delta 8 has several potential benefits. Users report feeling more functional and able to carry out routine tasks while under the influence of delta 8. They also say that they feel less anxiety and paranoia than they do with delta 9. This has led some to describe delta 8 as “delta 9 THC’s nicer younger sibling.”

The 2018 Farm Bill legalized hemp-derived cannabinoids, provided they contain under 0.3% delta 9 THC. Since then, the delta 8 market has blossomed, and these products are now widely available online.

However, although delta 8 occurs naturally in cannabis and hemp, it does not exist in large enough quantities to extract. Therefore, manufacturers of delta 8 products synthesize it from CBD using a complex chemical reaction called cyclization. This has led to some controversy, which we will discuss below.

Like delta 8, delta 10 THC is a cannabinoid and a double bond isomer of delta 9 THC. It shares many features with the other compounds regarding how it interacts with the body and its effects. However, users report that delta 10 is even milder than delta 8.

There is a lack of research into delta 8, but evidence about delta 10 THC is even scarcer. Therefore, much of what we know about delta 10 is based on anecdotal reports on online forums, such as Reddit.

As with delta 8, delta 10 does not occur naturally in large enough quantities for extraction, and it must be synthesized from CBD.

What’s the Difference Between Delta 8 and Delta 10?

The main difference between delta 8 and delta 10 is the double bond placement in their chemical structure. It alters how these two cannabinoids interact with the body and determines their potency.

It is essential to note that these figures are based on anecdotal evidence rather than clinical trials. Moreover, THC affects everyone differently and may impact one individual more dramatically than another. Therefore, it is advisable to start with the minimum dose and build up gradually, regardless of the cannabinoid in question.

Both delta 8 and delta 10 work similarly by stimulating receptors in the endocannabinoid system (ECS). These receptors are specialized proteins on the surface of cells. They are designed to bind with endocannabinoids that the body produces naturally.

These endocannabinoids act as signaling molecules and control numerous physical and psychological functions, including mood, appetite, inflammation, sleep, and more. When plant-based cannabinoids, such as THC, bind with cannabinoid receptors, they mimic some of these effects.

Delta 8, delta 9, and delta 10 THC have an exceptionally high affinity for receptors in the brain and nervous system, known as CB1. In fact, they bind with these receptors far more effectively than our natural endocannabinoids do. This phenomenon causes the intoxicating effects for which cannabis is famous.

As we mentioned earlier, the only difference between delta 8 THC and delta 10 is the placement of a double bond.

For reference, delta 9 THC has a double bond between its 9th and 10th carbon atoms.

Effects of Delta 8 and Delta 10 THC

Although delta 8 and delta 10 are similar molecules, they produce quite different effects. Below, we will explore some positive and negative effects of delta 8 and 10, according to scientific research and user accounts.

In 2022, an online survey asked participants to rate their experiences with delta 8. A vast majority (71%) said they felt a lot or a great deal of relaxation. Other reported effects included euphoria (68%) and pain relief (55%).

Although most cited a lack of anxiety (74%) and paranoia (83%), there were some undesirable side effects. They included cognitive distortion, such as confusion (81%), short-term memory issues (80%), and altered sense of time (74%).

Many people use delta 8 recreationally, but early research suggests it may have some therapeutic benefits. For example, a 1995 study found that the compound prevented vomiting associated with cancer treatment in pediatric patients.

However, the FDA has urged caution when using delta 8 amid numerous reports of severe side effects. The agency has received at least 104 reports of adverse events, including:

Therefore, while delta 8 is less potent than delta 9 THC, it seems capable of producing the same side effects when consumed in high enough doses.

There is little human research on delta 10 or its effects. However, anecdotal reports suggest that it induces a euphoric and focused high. Some have compared its effects to a sativa cannabis strain (energizing and uplifting), while they say delta 8 is more like an indica (mellow and relaxing).

Despite its low potency, there have been some reports of side effects. For example, one Reddit user described developing a severe migraine after using a delta 10 vape. The comments on their post suggest that they are not alone.

Of course, these effects could be due to something in the product other than delta 10. Since the market is currently unregulated, many brands get away with unsafe manufacturing procedures. This could result in residual chemicals from the CBD conversion sneaking into their products.

Worryingly, scientists have found many impurities in delta 8 and delta 10 products. Some of these chemicals could not be identified, meaning their effects on consumer health are unknown. This highlights the importance of buying delta 8 and 10 from reputable companies that perform detailed lab testing on their products (see below).

The delta 8 high has been described by some as “weed light,” producing similar effects to delta 9 THC but milder. It is primarily described as relaxing and euphoric, allowing more mental clarity than delta 9. Delta 8’s effects have also been reported to be slightly more short-lived than those of delta 9. 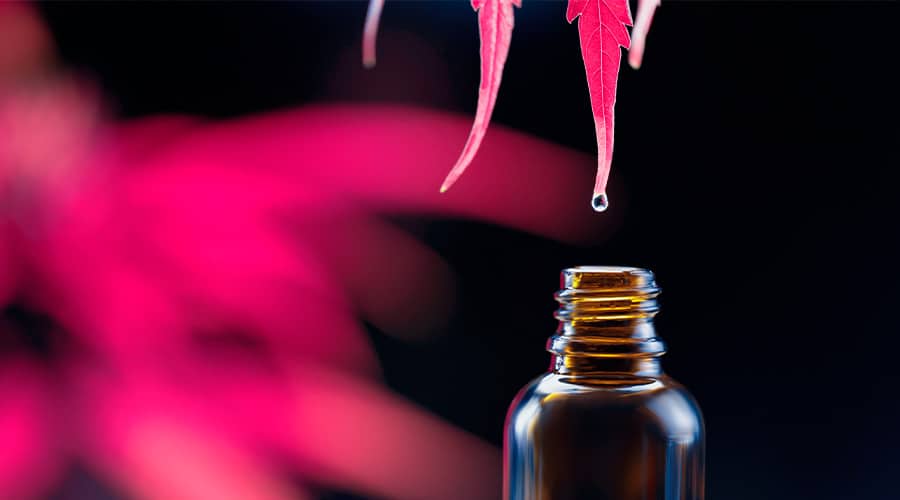 While delta 10 can get you high, its effects are even milder than those of delta 8. Some say it increases focus and creativity and facilitates flow states. It reportedly has more stimulating effects than delta 8 or 9 and could help to improve mental function.

Is Delta 10 More Potent than Delta 8?

There is no scientific data directly comparing delta 8 THC’s potency with delta 10. However, user accounts suggest that delta 8 is the stronger of the two cannabinoids by 20–30%.

Both compounds are weaker than delta 9 THC, although it is possible to get the same effects by increasing the dosage. For example, 10mg is generally considered a reasonable dosage for delta 9 THC. Meanwhile, products like delta 8 and 10 gummies tend to contain around 25mg per serving.

Since the Farm Bill legalized hemp-derived cannabinoids, delta 8 and delta 10 products have become widely available. However, some states have outlawed the sale of these products.

Some experts believe the Farm Bill directly contradicts another law known as the Federal Analogs Act. This law has existed far longer than the Farm Bill and prohibits the sale, possession, and use of any THC analog. This includes delta 8 and delta 10.

Others have cited concerns over the safety of delta products due to the lack of industry oversight. Indeed, low-quality products are rife and pose substantial risks to consumers’ well-being. As well as potentially containing impurities, these items could have significantly more or less THC than the packaging states, making accurate dosing impossible.

For this reason, it is essential only to buy delta 8 and 10 from reputable suppliers. Look for brands that provide details about their manufacturing processes and ingredients as well as independent lab reports for each product. Some reliable options include:

Please note that these companies only ship to areas where delta 8 and 10 are legal. The states that have already banned delta 8 and delta 10 include:

Fortunately, most of these states have some form of cannabis legalization or decriminalization, so residents have other options.

Final Thoughts on Delta 8 vs. Delta 10

When looking at delta 8 vs. delta 10, there are plenty of similarities but also some crucial differences.

Both are isomers of delta 9 THC, the intoxicating cannabinoid that has made marijuana famous. However, they produce milder effects due to slight variations in their molecular structures.

Delta 8 is slightly stronger than delta 10 and has relaxing, euphoric effects. Meanwhile, delta 10 is said to provide more of a stimulating, uplifting high.

Whether you choose delta 8 or delta 10, check the laws in your area because they are changing all the time. It is also essential to buy from a trustworthy source to ensure the products are safe and effective.

Is Delta 8 Legal in Tennessee?

Clearing up the confusion

Will Delta-8 THC Get You High?

Know what to expect