Delta-8 THC has become one of the most exciting cannabinoids to hit the market in recent times. It’s an isomer of delta-9-tetrahydrocannabinol and is also psychoactive, meaning it can get the user high. However, it’s less potent and produces fewer psychotropic effects, with many consumers reporting that the high is much milder and smoother than that of delta-9.

But those concerned about drug testing may be wondering “how long does delta 8 stay in your system?” Generally, THC stays in the body for between five to ten days. And since drug tests can detect metabolites from any type of THC, there is a high chance of failing if delta 8 is consumed.

However, other factors can also influence how long delta 8 remains in your system. These include frequency of use, THC potency, and method of consumption. Read on to learn more about delta 8 and how long the cannabinoid stays in your system.

The Delta-8 series is the latest release from PureKana, and we have to say, these products do not disappoint. Offering both a hearty quantity of Delta-8 and the unique compound CBG, this is an innovative option, ideal for those who want to mix up their routine a little and try something new.

Effects of Delta-8 THC On The Body

Delta 8 is said to produce a mild high that is stimulating and uplifting. Most users report that it’s a pleasurable high that doesn’t leave them feeling completely stoned. That said, everyone is different, and the overall experience varies from person to person. However, delta-8 has more calming and relaxing qualities than delta-9, and generally, users can expect a mild cerebral high. 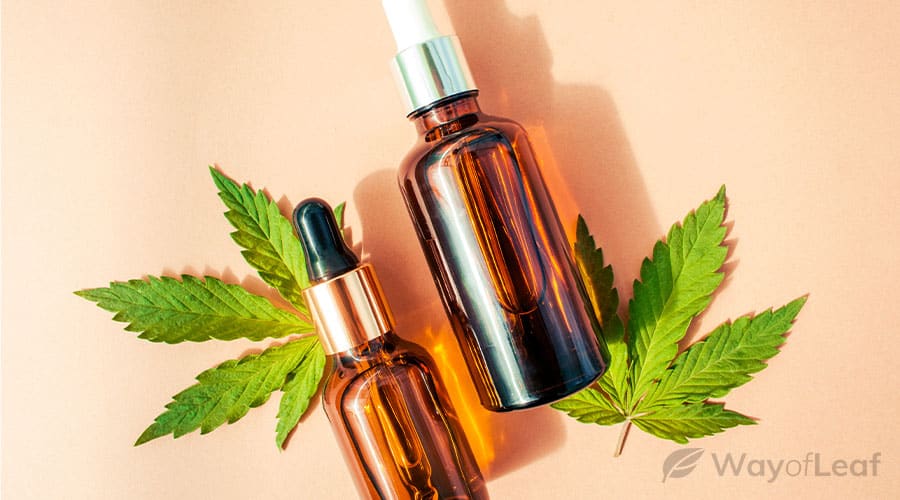 The consumption method used also influences the effects, as well as how long users feel the effects. Before we delve into how long delta 8 THC can stay in your system, it helps to understand how long the effects are expected to last with each method.

When vaping delta-8 from a cartridge, the effects are usually felt fairly quickly – typically within 6 minutes. These effects last for up to five hours, peaking between 30 minutes and two and a half hours.

Delta-8-THC tinctures and oils have a longer onset time of between 30 to 90 minutes when consumed orally. You can expect the effects to last around 4 to 5 hours, peaking at around 60 minutes to two hours.

When ingesting the cannabinoid, it has to be metabolized before the effects can take hold. Therefore, similar to tinctures, edibles also have an onset time of around 30 to 90 minutes. Users typically feel the effects for around five hours.

As an edible form of THC, delta 8 gummies work in the same way as any other edible. The effects kick in at around 30 to 90 minutes and are usually felt for up to five hours.

Capsules are another popular way to consume delta-8 THC, and it’s also an ingestible method. When ingested, it takes longer for the body to metabolize the cannabinoid, which is why it takes a while for the effects to kick in. Generally, ingestible products are quite concentrated, so when they hit, they hit hard.

How Long Does Delta 8 Stay in Your System

Although the effects of delta-8 THC only last for a few hours, the cannabinoid may still be in your system for a few days. After delta-8 is consumed, the body has to break down the cannabinoid. The THC makes its way into the bloodstream and is stored in fat and organs. The liver then has to process the delta-8 and break it into metabolites, which is what drug tests look for.

THC and other cannabinoids bind to fat. Therefore, it takes longer for them to leave the body than other drugs.

Cannabinoids, like THC, bind to fat. Therefore, it takes longer for them to leave the body than other drugs, such as alcohol. One study reported that between 80 – 90% of THC is flushed out of the system within five days via excretion. However, traces of THC may remain for a few extra days. Therefore, experts recommend using a timeframe of between 5 to 10 days.

How long delta-8 stays in your system depends on various things, though. Here are a few of the most important factors to look at.

Experts suggest that first-time delta-8 users can expect the cannabinoid to stay in their systems for around 3 to 4 days. Occasional users may have delta-8 in their system for a week, while for regular users, it could be about a month or more.

The potency of the delta-8 product used also affects how long it stays in the body. So, naturally, higher concentrations are present for longer than low potency products. Therefore, low concentrations are a better choice when it comes to drug testing.

As already mentioned, delta-8 THC can be consumed in different ways, and how it’s used can affect the time it stays in the system. For instance, when smoked or vaped, THC levels will diminish at a faster rate than when ingested. This is because the chemicals are broken down more slowly when cannabinoids are ingested.

Other factors that can also affect how long delta 8 stays in the system include age, weight, metabolism, and genetics.

How Long Before You Can Safely Pass a Drug Test

Delta 8 THC isn’t known to have any adverse side effects, provided users don’t consume exceptionally high doses. However, it can cause problems for anyone who undergoes drug testing. Unfortunately, drug tests do not distinguish between delta-8 and delta-9 THC.

All forms of THC get broken down by the metabolism into THC metabolites. This makes it difficult, even impossible, for drug tests to tell the difference between the compounds. 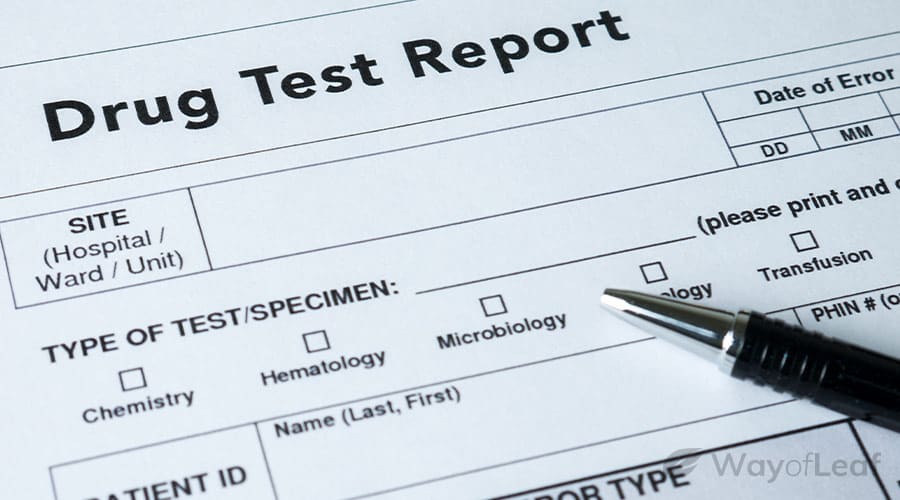 Passing or failing a drug test has got to do with how fast the THC metabolites get flushed out of the system. The type of drug test used also plays a crucial role. For instance, oral tests and blood tests are usually passed if taken three days after use. The hair follicle test, on the other hand, can detect the presence of THC for up to two or three months after consumption.

Urine tests are the most commonly used drug tests and can usually detect THC for between 5 to 10 days. However, some sources suggest that the cannabinoid could still be in a person’s urine up to 48 days after consumption.

Here is a general overview for those wondering if they will pass a drug test after using delta 8.

It’s important to reiterate the fact that these are just estimates. How long delta-8 can be detected on a drug test depends on several factors. The timeframe is likely to be a bit different for everyone.

How to Clear Delta 8 THC out of Your System

It’s usually recommended to steer clear of delta-8 THC at least one to two weeks prior to undergoing a drug test. However, people aren’t always aware of upcoming drug tests. In this case, there are a few useful tips for flushing as much of the cannabinoid out of the system as possible.

There are several methods that could help people pass a drug test, but they are by no means foolproof.

While all these methods could help people pass a drug test, they are by no means foolproof. Plus, they may require more than a week to be effective. Therefore, don’t make the mistake of thinking you can consume copious amounts of delta-8 because your system can be flushed instantly.

Final Thoughts: How Long Does Delta 8 Stay in Your System?

Answering the question of “how long does delta 8 stay in your system” is by no means straightforward. Each individual is different, and there are several factors that could influence how long the cannabinoid stays in the body.

Frequent delta-8 users are likely to have the cannabinoid in their system for longer than first-time or occasional consumers. The product concentration and consumption method used also affect the outcome. Generally, it’s thought that delta-8 stays in the system for between 5 to 10 days. However, this is simply a rough estimate. Unfortunately, there is not a one-size-fits-all answer.

Related article
How to Pass a Drug Test Today [5 Hacks]

Get to know the differences

Delta-8 in the UK: All You Need to Know

What Are the Best Delta-8 Tinctures & Oils on the Market?

The most reliable brands

6 min read
Join The Discussion
TOC
Premium
Your subscription has ended
If you love cannabis and want to support our site, join WayofLeaf Premium today and unlock
Best of all, part of your membership fee will go towards supporting the fight to legalize cannabis.
Sign Up for WoL Premium
Not now
I already have an account
×
Log in to Your Premium Account